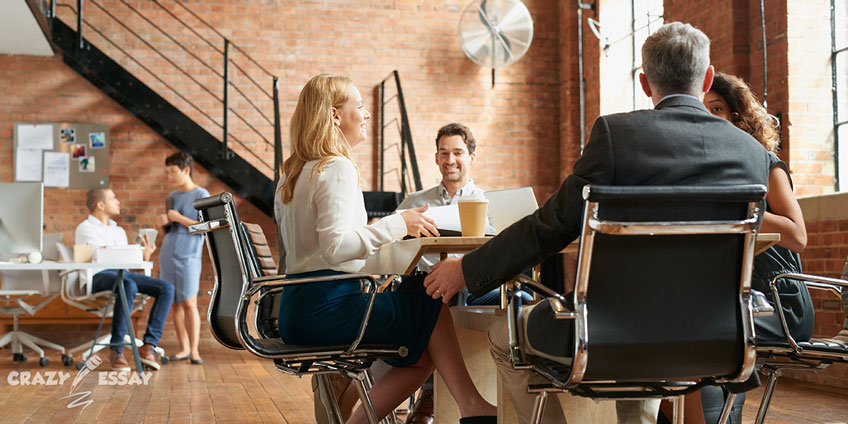 Social Role of Business in the World

Conclusions, opposite in nature, from what should be understood under the concept of responsibility are generated by disputes about the purposes of the firms. On the one hand, there are people who regard the enterprise as an economic entity, which is obliged to care only about the succession of using its resources. In doing so, the firm fulfills the function of producing products and services that are necessary for a society with a market economy, at the same time providing work for citizens and maximum profits and rewards.

According to this point of view, the true role of business is to use its energy and resources in activities aimed at increasing profits on condition that it adheres to the rules of the game and participates in an open competitive struggle without resorting to fraud and deceit.

There is an opinion that an enterprise is more than an economic entity. According to this view, the modern firm is a complex part, which includes many components on which the very existence of the firm depends. Such components, sometimes called intermediaries (between the firm and society as a whole) include local communities, consumers, suppliers, media, pressure groups, unions or associations as well as employees. This multi-layered social environment can strongly influence the firm's achievement of these goals, and therefore companies have to balance purely economic goals with the social interests of these components.

According to this view, the firms are responsible to the society in which they operate, in addition to ensuring efficiency, employment, profit and not breaking the law. Therefore, firms should direct the part of their resources and efforts through social channels. The company is obliged to sacrifice for the benefit and improvement of the society. Moreover, the society has developed certain ideas about how the organization should behave in order to be considered a respectable corporate member of the served communities.

The point of view that is based on this and largely determined by public expectations, boils down to the fact that organizations must be responsible for acting in such numerous areas as habitat protection, health and safety, civil rights, etc.

Social expectations about business have changed over the years, and these changes, in turn, have contributed to the representation of society about the role of business. If you have difficulties understanding this and you are sure that you will not be able to write an essay on this topic by yourself, just contact the experts from crazyessay.com. And now, it is important to make a distinction between legal and social responsibility.

The legal one is the adherence to certain regulations of the state, which determines what the enterprise can and cannot do. For each issue, there are hundreds and thousands of laws – for example, how many toxic substances can be contained in industrial effluents, how to exclude discrimination in hiring, what are the minimum requirements for product safety, what type of goods can be sold to other countries. An organization that complies with all these regulations behaves in a legally responsible manner, however, it will also not necessarily be considered responsible.

The interest, energy and ingenuity of enterprising people actively promoted progress in all areas of human life. Therefore, the absolute majority of developed countries in every way encourage their activities, and especially in the creation of new enterprises diversified in the specialization and directions.

All firms that are an integral part of the market, depending on their size according to generally accepted terminology, are divided into three groups: large, medium and small. Each of these groups has its own specific interest, which determines the strategy of their economic behavior, the attitude to the state policy being pursued, to socio-economic, political and national problems.

In all economically advanced countries, the state renders great support to entrepreneurship, which is characterized by civilized features. The effective population is beginning to be engaged mostly in small business. The activities of small companies are an important factor in increasing flexibility of the economics. According to the condition of small business, experts judge the ability of the country to adapt to the changing economic situation.

Planning determines the purposes that need to be resolved by the enterprise, both in the near future and in the perspective. Its main purpose is to plan the different activities of the firm for the near and distant periods in accordance with the needs of the market and the opportunities to obtain the necessary resources. For the successful realization of the project and the receipt of funds, an information base is needed, which, in essence, is the plan.

The main task of planning is to give a picture of the prospects for the evolution of the company i.e. to answer one ofthe most important questions for a businessman: is it worth investing, will it bring in incomes that will pay off all the costs of the means.

The importance of a comprehensive and thoughtful plan cannot be overemphasized. A lot depends on it: external financing, provision of credit from suppliers, management of operations and finances, marketing, and, ultimately, the mission of the firm.

However, despite the critical importance of the plan, many entrepreneurs are lingering with the writing of a document until the last. Last but not least, this is due to the fact that they simply do not know where to start, and, therefore, find various justifications for their inactivity – for example, lack of time or the rapid modification of the market, as a result of which any plan, by the time it is written and approved, will inevitably become obsolete. Meanwhile, the plan is one of the cornerstones, and it is by no means impossible to avoid working on it.

Often you can hear that the main task in drawing up a plan is to attract financing in one form or another. Nevertheless, its value is limited by the need to convince investors that the firm has a good idea, in which it is worth investing. It is of great importance for the management staff of the firm since it precisely determines the objectives as well as the timeframes and methods for achieving them.

Thus, one can draw a conclusion about the huge role of business in different spheres of our life.