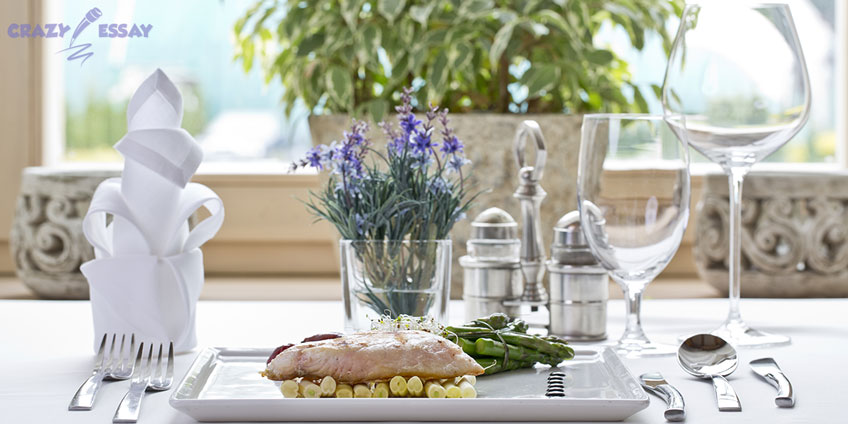 We remind you that we are considering the concept of taste in the aspect of sociology. In the previous article, we have already begun to talk about this and reached certain conclusions, but much remains unclear. Therefore, we continue to explore this topic and remind you that if you have any questions or desire to order such an essay, you can always contact specialists from crazyessay.com.

The best definition of the lower-tier culture was given by an unknown American general who said that his current campuses (the case occurs during the Student Revolution of the 1960s) were full of young men with long hair and girls with the short hair. This was the main nightmare from the point of view of higher-tier culture: everyone knew that people were divided into men and women, girls wore long hair and braided them, and boys had the short hair. When this condition was not satisfied, it was a perversion.

This is always accompanied by the theme of taste and moral decay. The elite is morally disorganized; it neglects the spontaneous normal correctness of a simple human. Populists of the whole world say this to their electorate. Usually, a higher-tier culture roots the social order in some kind of a natural-order theory, although it may resign itself to the fact that some forms of correctness have no biological basis and are based on nothing but a convention.

Higher-tier culture can imagine a world in which trousers are ordinary women's clothing, and skirts are completely unacceptable for women, and both are permissible for men. There is no biological basis for one of the preferences, but if we historically form this way, then we will have it, there will be a complete order.

Lower-tier culture somehow dissolves or blurs the boundaries of such conventions. It mixes up the categories and things that used to have a clear social boundary, let it be men, women or different social groups. This causes a spontaneous and often very moralistic rejection from the higher-tier culture.

In this sense, we have a very symmetrical attitude: on the one hand, there are groups that usually occupy a more advantageous position, who consider all who play by the rules and adheres to the conventions to be boring, tedious, and banal. And on the other hand, we see those who adhere to the convention and regard these potential perverts who love some unnatural painting and music, put on abnormal clothes and so on as idiots. It is such a universal polarization that spontaneously arises in almost any society. In modern times, it ideally falls on the class foundation.

One can go one step further in this generalization of notions of the taste fundamentals and say that the most important form of expectation that exists in the society is waiting for expectations. Do not be afraid of the tautology of this word combination, it will perfectly play into the hands of your sociology paper. In addition, there are all grounds for its appearance.

If we take bad literature (where princes are on white horses), then the expectation arises because the author of the book knows approximately which buttons to press to trigger emotional reactions of the audience. And the audience knows approximately that the author of the book will click on these buttons in a corresponding way. Each of them treats the other as a more or less mechanical, programmed, and predictable machine.

But what if this machine decides to add the hint that "I know you know" as a joke? It is a very old thing, such jokes exist in the paintings of Egyptian tombs, and they definitely were common in the Gothic painting in Europe (for example, the hand of a character, which rests on the frame, is painted on the outside of the frame).

One can say that one of the main directions in the development of a high culture was the development of similar "winks" directed at a reader, spectator or listener. It is a direct communication when it is assumed that history is perceived not simply as a story with heroes of which one can identify oneself but as a kind of a message in which the author suddenly appears and hints at something to a viewer, for example, at expectations of a viewer about the author and so on.

Ultimately, the main theme is the interaction between the creator and the audience, and the story, if it exists at all, turns out to be just a material for such communication. The degree of winking, which distinguishes good art from bad one in many respects, has parallels in many different spheres. When we take the symbols of class status, then simple, clear, readable, and conventional symbols are replaced by half-hints.

The worst taste in demonstrating a class position is a taste consisting in an unambiguous demonstration of one's economic prosperity. The gold chain is the most tasteless form of the class signal that is possible. It categorizes its owner as the parvenu of the lowest type. The less expressed the desire to demonstrate that you are rich, the more this sublimated hint, the better.

New furniture in this sense is much worse than old one. Old things are generally much better than new ones, because, in order for a thing to be really old and worn, it must be very high-quality. A bad thing just collapses, so the best furniture is the two-century oak one, on which the great-grandfather carved an inscription with a penknife. We can be sure that it could only stay in the dwelling of some hereditary family of aristocrats that occupied such a position in the society that did not worried about maintaining impressions for many generations. Our displays of wealth, as well as displays of almost everything, evolve towards a wink.

Too Good A Taste

Ultimately, the logic of this evolution turns to itself because, continuing it further, too good a taste is also a tasteless thing. If we demonstrate an overseasoned taste in all respects, this taste becomes tedious, pedantic, far-fetched, faked and mechanical. It is like an ideal and absolutely impersonal essay which only causes allergies in your professor.

And what if we add some elements to it that nobody expects to meet there? In the cultural consumption of different societies in recent decades, tendencies have been fixed for what is called omnivorousness. If in the nineteenth or early twentieth century, the elite differed from the masses in that it consumed good art, and the masses – something simple, now the main difference is between those who consume specific genre products, and those who consume a lot and very different ones.

Thus, such pure snobbery that is shown in refusal of consumption, for example, any literature where there is at least some suspicion that there will be a mouse, a prince, a white horse ("No, I refuse, no, George Martin can be in my life!"), this is position that is not associated with the really elite groups anymore. The elite groups will let in princes and white horses with a few winks and with reading in a "so bad that it is already good" style.

With the advent of omnivorousness, interactive games of taste which we play with each other did not stop. But if earlier they were more like a sea battle with a limited number of moves that could be made and relatively simple strategies, today they turn into a chess game, where a grandmaster needs to know dozens of debuts in depth in the dozens of moves.