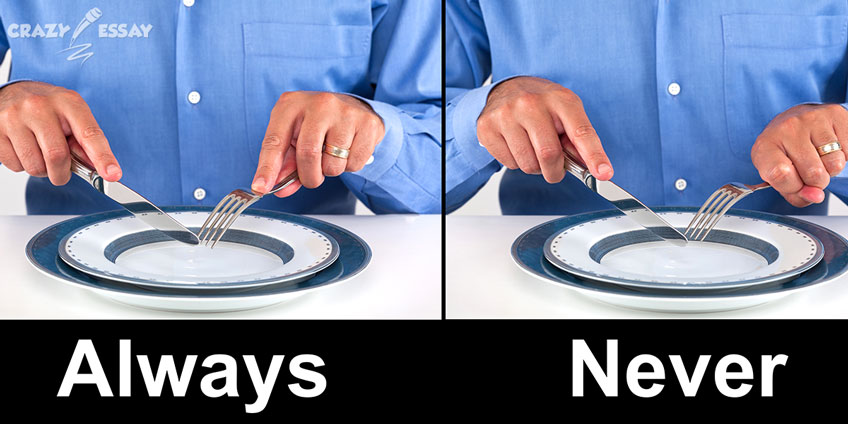 How do people distinguish a bad taste from a good one in the society? This is not the most common topic for a discussion. There are not even clear definitions all sociologists would agree with. However, in any case, it will be interesting for you to follow the line of thought in this direction and, perhaps, it will become the basis for your future essay or even a research work.

Biologists argue that the aversion or disgust arises in the course of evolution in order to prevent the organism from eating something inedible. This is our instinctive reaction to the appearance of an object which is absolutely not to be eaten in front of our nose.

But, as in many cases, in the society, biologically prescribed predispositions are put into the service of the completely new goals. One of the main points in the theory of stratification is that the task of any elite and any higher stratum consists in instilling an almost instinctive aversion to everything associated with the lower strata in its children. Young children are taught to experience the same disgust they feel for inedible things you can find under your feet for everything associated with people standing below them on the social ladder. They are also taught more complex feelings, mixing envy and disapproval in relation to those who stand above.

How does this happen? When we compare how these feelings are described in different languages, we find with interest that they are very often described through categories taken from somewhere in the field of gastronomy or from culinary tastes. There is "tasteless" and "insipid" literature, there is "sugary", mawkish literature. In a variety of languages ââ– European and, interestingly, non-European (orientalists say that something similar arises quite independently in the Far East) – concepts taken from a physiological or a gastronomic edibility are transferred as metaphors to the descriptions of the widest relationship of an individual with the social environment or with the culture.

The Theory of a Class Taste

Is it possible to derive a more general theory of a class taste on this basis? It seems that some things here are pretty obvious and are known universally. For example, a good taste – the one that all sorts of the elite try to instill in their children – is very far from what we can call a natural taste. Try to convince a five-year-old child that green tea is delicious. Try to convince a five-year-old child that non-figurative painting is interesting. Our good taste, for example, in alcohol, is a taste that is directly opposite to the normal children's taste: no sweet, no bubbles. White vine is better than red because a taste of red one is more explicit. But children do not understand this.

You can drink whiskey, preferably some island one, with a taste of a swamp and the aroma of peat. It is clear that this taste is unnatural – to develop it, it takes a lot of work.

By contrast, a bad taste does not require this work. Bad music is one which you can jump to getting a simple muscle joy. A bad book is the one in which a prince on a white horse will come for a poor girl (the female version) or in which a protagonist is the prince himself (the male version), and if not the prince, then someone who everyone wants to imagine themselves. Such a book, which is the simplest form of social self-gratification, is just a bad taste in literature. Happy ends, perhaps, are the most obvious marker of a bad taste in literature or cinema – precisely because we would like them for ourselves.

You can always ensure your academic performance if you work with crazyessay.com. A really good end is waiting for all your tasks and this definitely will not be recognized as a sign of a bad taste.

In many respects, a good taste is associated with unnaturalness with the overcoming of some spontaneous reactions that most people can enjoy, with the training necessary to instill it in you in spite of natural human impulses. In any big museum, you can see the scenes like this: a little boy is pulling his mother somewhere, and the mother says: "We will look at Rembrandt for another 15 minutes, and then I will take you to the Knight's Hall." Of course, the Knight's Hall is much more interesting to a normal child (there are stuffed horses and weapons) than some dark paintings with sad old men, but my mother knows best. This is how upbringing works.

This process of suppressing natural reactions is called the process of the civilization. These natural spontaneous affects are suppressed gradually, they are modeled and the ability to suppress them turns into a symbol of social status. And for those who are completely socialized in this way, any manifestations of alternative tastes cause that the most natural disgust as eating from a common bowl with unwashed hands after visiting the public toilet. It spontaneously seems alarming and repulsive to us.

There are books on the theory of art, for example, Mozart's biography, where the author writes, in particular, that, in essence, Mozart's achievements and genius of any kind are not to bring some new spiritual content to music. They are to allow people to experience the same feelings that more simple people experience by jumping to a simple melody, but at the level of sublimation that is considered acceptable for a good taste of this society.

Where Do the Criteria Come From?

It seems that this is a good explanation, but it clearly does not explain everything. For example, all our clothes are more or less unnatural. How does a taste change in clothes? How do we know that some color combinations are unfashionable? We can say that children like bright colors, that is why they become flashy in adult clothes, but this is clearly not all. Our architecture is a rather unnatural thing; it is very far away from caves or huts. How do we distinguish a bad taste from a good one in architecture?

To conclude, we can say that there is a broader category than naturalness but including it. It is expectancy. When something is expected, it becomes tasteless. Vulgarity is a kind of piety, meaning that it is the adherence to a convention, this is a respect for the existing convention. This, for example, is the use of the most obvious and most common metaphor in order to convey some meaning. But that is what is associated for us with a bad taste in art.

Another book about the language of the architecture of the post-modern contains a remarkable maxim that the use of a metaphor directly in architecture means killing her. For example, the worst thing a gas company can do as a design choice for its headquarters is to use the light of a lighter, because this is the first association that can arise in connection with a gas giant. And in this sense, it is irreparably bad taste. The more anticipated, logical, conventional, the generally worse. And the more unusual, eccentric, extravagant, the better.

There are several directions in which these considerations develop. A simple cross-cultural concept: the elite (and especially, specifically cultural one) is experiencing an extraordinary craving for all exotic and cosmopolitan everywhere, things that cross the cultural border. Things crossing the cultural border are unexpected because they do not exist in our usual cultural environment, so they are attractive. Some cosmopolitanism will be a specific feature of the elite almost everywhere; think about French culture of nobles in Russia or waves of Sinification and then Westernization in the history of Japan.

Read the continuation of our sociology paper in the next part.