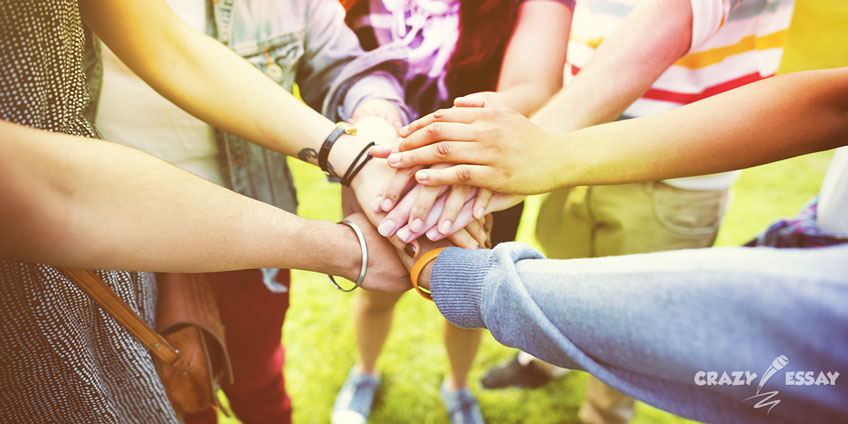 We are talking about a fairly new concept in sociology. It has German roots and has appeared primarily due to the changes in the society. In the developed countries, it has shifted from consumption to experience and impressions, and this is a completely different motivation and very different problems. In an experience society, a person is aimed at a maximally deep, full and intensive living of his or her own life. And this is also not easy, although people from the consumer society can feel that others behave capriciously.

These things are not at all interesting for a person from experience society.

Let us give an example.

Without going into details, we recall that one man could not fulfill his obligations to the automobile company Mercedes-Benz after the revolution in his country because he had ordered a series of new military off-road vehicles for his armed forces. Since the cars were already manufactured, Mercedes-Benz did not know what to do with them. Marketers were confident that these cars could never be sold because of their military purpose. Nevertheless, they were exhibited in the German car dealerships – it was Gelandewagen. Now, it is a cult off-road vehicle of Mercedes-Benz.

As we know, this car is still popular. But still, the question arises why people, especially in Germany, where we can see beautiful roads and autobahns without speed limits, buy a car intended for movement in difficult off-road conditions? Such a simple example, connected with the change in consumer orientations, illustrates the theory that Gerhard Schulze called the theory of experience society in the early 90s.

According to this concept, in modern developed countries, a profound process of transformation takes place. On the one hand, it is connected with the change of consumer attitudes of a modern human, on the other hand – with the whole logic of social behavior. Gerhard Schulze has designated this transformation quite simply: the orientation changes from the outer to the inner one.

Why does a person buy Gelandewagen? Because this car satisfies his or her own ideas about himself or herself and gives emotional pleasure. Whereas in the previous era a person bought a car in order to solve some external problems. External orientation includes the solution of both functional tasks – for example, overcoming off-road, and non-functional ones – demonstrating a social status. The motivation of the latter kind dominates today.

If we see somebody in such a car, we cannot say a priori whether he or she lives according to the logic of experience society, or he or she lives in the old society with an outward orientation. Most likely, in the old society, because it focuses on demonstrating some social status, prestige, and other symbols that this product has acquired. When we talk about experience society, the main thing is not so much a change in the consumer attitudes, but a change in the whole type of rationality that regulates person's behavior. In such a society, people are focused on living their lives intensely, brightly and deeply.

From all the preceding classical social theory, we know that civilization arose primarily thanks to a model of a deferred rationality – according to Weber's reconstruction, capitalism arose. But today, because of this transformation, people are not focused on achieving the deferred goals, but on the maximum intensity of their current life. "Live your life" is a new creed. The intensity of this life is connected, first of all, with the emotional inner state that can be defined by the words "experience" and "impression". Transformations associated with this change are very extensive. They are related, of course, to the changes in financial rationality.

In addition, this transformation is felt in the choice of an education and a profession, motivation of creating a family, in such a powerful industry of the modern world as tourism and travel. For people living in poorer conditions, it may seem that these are the subjects that are satiated with life, who do not care about some pressing issues and are busy with the satisfaction of their sentimental sensitivity. In fact, it is not the case.

Of course, the transformation of life attitudes arises only in the developed societies, but nevertheless, the position of a person is quite complicated here. In some cases, it is even more complicated than the position of people with more pressing problems and a dominant external orientation.

The fact is that a person with such an internal attitude faces very specific difficulties that are unknown in other types of society. Firstly, as a rule, such a person does not know exactly what he or she wants. It is quite difficult for us to understand. Although, perhaps, there are students who will immediately state that "I do not know what I want" is their life credo and then they will expound their thoughts in an essay on a free topic.

Secondly, the means by which they can achieve what they want are far from obvious and do not always work. If your friend goes to a particular restaurant and says that this is a beautiful and wonderful place, this does not mean that you will go there and get the same experiences. If you go to McDonald’s when installing to external consumption and get what you want, then, unfortunately, you will not achieve a guaranteed result within the internal attitude.

And the third point – even if you have achieved something, you still need to understand whether you have achieved exactly what you wanted. Because it is difficult to interpret your own internal states and experiences. To do this, in the modern society, there is a whole professional group of people that can help you. These are various kinds of critics: restaurant and music ones and so on.

Within the experience society, an individualistic attitude is widespread. You are the criterion for the success of your own actions. This does not mean that there are no complex structural entities. Thus, whenever you take any action in this internally-oriented logic, you are in a risk zone. The result is unpredictable in any case, and this is a big problem in terms of the rationality of the action.

The consumer society is very different from the subject of our conversation. Why? Because the consumer attitude has many levels of motivation – it is the desire to possess something and solve some functional tasks.

There is a problem for a modern person to somehow denote his or her social status by presenting certain consumption strategies.

The lower strata are oriented toward the higher ones; they try to imitate them. In such young consumer societies as ours, it is very noticeable and very emphasized. Here, people tend to show a level of consumption that exceeds their real capabilities and actual social position.

Experience society completely violates this picture. This is really a way out of the consumer society. Because neither external functionality nor demonstration of social status plays a significant role in this motivation. The main goal is your personality - you solve the problems that you encounter as a self-responsible person.

In describing manifestations of such a society, a purely emotional language is usually used. But an attempt to bring these emotions under some objectified group or political categories faces great difficulties. Any collective action of this kind is a very strong and unexpected emotional experience. And this experience is in many ways more important than the long-term rationalized political programs into which existing political forces try to formalize this phenomenon.

If you are interested in this article, you can always get acquainted with other curious reflections on sociological topics and more on the crazyessay.com website.