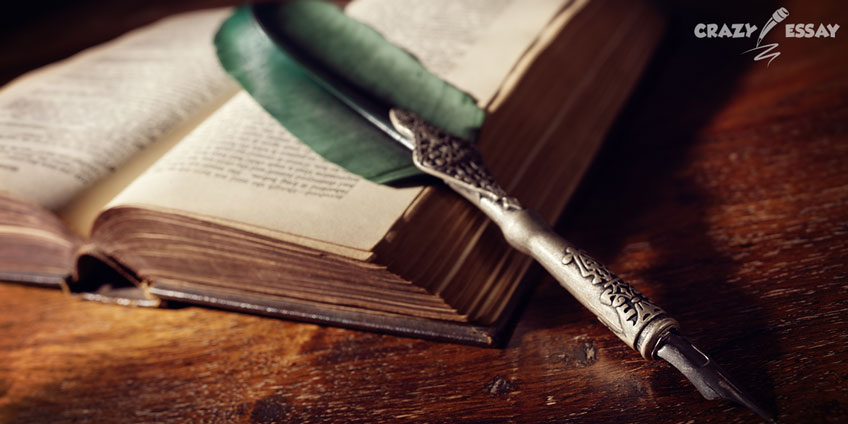 We offer you an incredibly relevant topic that touches on one of the most interesting questions of the interaction of the two most contradictory, at first glance, concepts. Be sure that if you choose a similar topic for your marketing essay, the professor will be very surprised and pleased with your deep insight.

We used to perceive advertising and literature as some antagonists. But in modern culture, it is already useless to think this way. Now, it is much more interesting to consider a kind of interaction between literature and advertising. Once we could say that high literature was exposed to the influence of mass culture and advertising business, that it was becoming a concubine and hostage to these new commodity relations. In fact, that is not quite true.

The situation is much more interesting than we imagine it. And one of the most striking examples of the paradoxical interaction of literature and advertising is the famous radio show by Orson Welles. In 1938, the radio theater under his leadership staged "The War of the Worlds" by Herbert Wells in the format of the news release on the eve of Halloween. Half of the listeners took the radio drama seriously. As a result, Campbell Soup took advantage of the occasion and bought the production and the theater.

Indeed, canned soups suited the role of stocks during the war with the Martians. Let us note parenthetically that thirty years after this epoch-making spectacle, Campbell Soup entered the modern culture thanks to Andy Warhol.

In turn, Soviet Russia was also noted in the sphere of rapprochement of literature and advertising – and you can recall here the famous lines of Mayakovsky's "Nowhere except in Mosselprom".

How to treat this symbiosis? Pushkin comes to our memory with his sacramental "Inspiration is not for sale, but you can sell the manuscript". Lately, only lazy people have not reproached the poet for advertising found in Eugene Onegin. Here, however, a small trap is hidden: how can we separate advertising from reality in a literary work?

Reality is a certain concept, an artifact, a phenomenon that is an integral part of everyday life. In turn, advertising implies a commercial profit and increase in sales. No, Pushkin did not receive any money for advertising. But he mentioned the name of the restaurant precisely because Talon was a part of his reality. And when we turn to these works or others, it is necessary to ask ourselves the question: "Is this a commercial text or a part of the reality that our author describes and in which our hero exists?"

It seems that such cases will be occurring more often in the future. Mass culture absorbs the elements of high culture so actively that the line between them becomes more and more conditional. It concerns not only literature, but also music, and painting. As an example, there is a reproduction of the "Birth of Venus" by Sandro Botticelli, included in the video of the commercial of "Nescafe" coffee.

It makes sense to mention the deliberate use of well-known quotations from the famous works in a slightly modified form to increase the interest of buyers. It is about some famous phrase, in which manufacturers insert the name of their product or service.

There is a question: what do the authors expect? The answer is simple: the effect of recognizability. When a recipient of the advertising message sees or hears familiar phrases, he or she has an uncontrollable outburst of sympathy and interest in the object of advertising. And this is the key moment. That is why advertising is so eager to use literature for its own purposes. As a result, a truly paradoxical situation is born: advertising constantly reminds the mass audience about the classics and thus contributes to an outburst of recognition and interest in it. There is an actualization of the author and the work in the mass consciousness. It is sad, but it is our reality.

Some people think that it is senseless and useless to try to change anything. However, remember that if all of us are of the same opinion, then the future is not subject to change. In any case, our path begins with a good education. Crazyessay.com will help you achieve academic success.

There is another aspect that is called "hidden advertising." In this case, we are not dealing with the occasional use of classical literature in advertising, but with a reverse process: literature itself becomes a channel for advertising communication. First and foremost, all of the above concerns, of course, the format of mass literature, both "female" and "male" prose. The object of advertising in women novels, as a rule, is cosmetic, culinary and medicinal brands. Cars, cigarettes, and beer are addressed to men.

In this case, hidden advertising is easy to be spotted. You can track the number of references to a product or trademark, and a positive feedback about them by different characters.

Hidden literary advertising is positioned as one of the few technologies that allow one-on-one contact with a consumer. Like its other analogs, it catches a consumer unaware: turning the next page of the book, a reader is not ready for the advertisement message to fall on him or her, and, therefore, is not protected and the most susceptible to it.

Literature is still perceived as an intellectual product in which there cannot be any advertising by definition. That is why marketers follow certain rules of advertising and product placement in books so that they do not turn into advertising brochures and a reader has the opportunity to enjoy literature. In particular, it is undesirable to promote more than four brands in one work.

Where Literature Ends and Advertising Begins

The next aspect which cannot be ignored is the one of a close interaction between literature and advertising when it is useless and pointless to talk about where literature ends and advertising begins because this is a completely new phenomenon of our culture. We can accurately date the emergence of this new way of interaction between two concepts – 1984, the Olympics in the US, which was boycotted by the Soviet Union and the Warsaw Pact countries.

It was to the Olympics in Los Angeles that famous Apple Macintosh clip was timed, which says: "Meet the Apple Macintosh, and you will understand how 1984 differs from "1984." Of course, George Orwell's novel, anti-utopia "1984" was implied.

The famous movie itself is also built in an anti-utopian format: the skinhead ranks, a screen from which people broadcast "pure ideology", and a young woman with a hammer in her hands that smashes the screen. The hammer symbolizes Apple Macintosh that takes the whole world to a new level of freedom. Is this advertisement pejorative for the Orwell's novel? Of course, no. This is a fundamentally new move: the talented director Ridley Scott shoots a highly artistic clip based on one of the most famous anti-utopias of the 20th century. Muster of epochs is obvious.

There is another very interesting phenomenon, which can be called a kind of production novel, where advertising is a normal habit. It can become a topic for a separate essay.

It includes "Generation P" by Victor Pelevin, "99 francs" (later "99 euros") by Frederic Beigbeder, and "Thank You for Smoking " by Christopher Buckley.

Written in the late 90s – early 2000s, these books represent an attempt of reflection about the profession of the advertiser. Who is it? A gloomy demiurge of advertising communication (as Pelevin shows), enfant terrible and Rastignac of the twentieth century (as Beigbeder shows), or a repentant cynic and a respectable citizen at the same time (as Buckley shows). In any case, the hero is convincing.

In addition, each book is a source of highly professional information. Pelevin, for example, quotes David Ogilvy's "Confessions of an Advertising Man", " Positioning: The Battle for Your Mind " by Ries, Kotler and Trout, " Understanding Media: The Extensions of Man " by Marshall McLuhan. Beigbeder focuses on the description of the technological process of filming a commercial, and Buckley conducts a journalistic investigation on the topic of cigarette advertising.

Advertising, literature, and reality intertwine even more in the XXI century. They do this so powerfully that the boundaries between them are gradually disappearing. Parody brands are materializing. It is possible that in the future, we will witness new forms of interaction between literature and advertising.