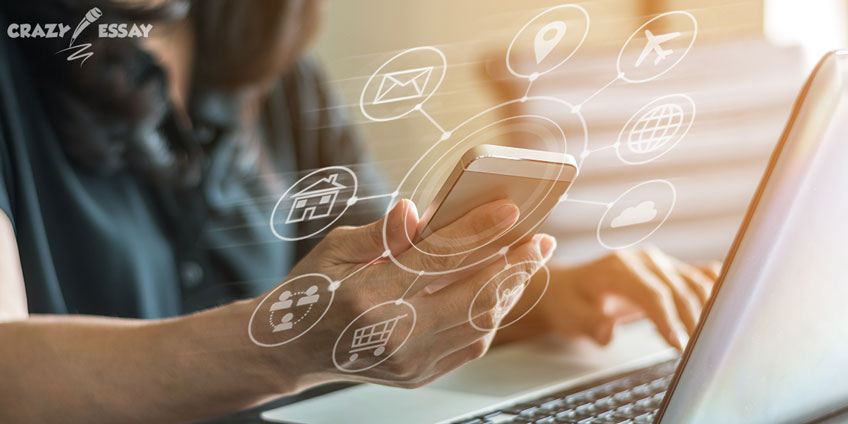 The question of the impact of modern technology on our life is extremely relevant not only for young people and students but for all generations. So, today we will talk about how a modern user behaves online, sometimes without detaching from offline reality, and sometimes falling out of it. You can order a similar paper in more detail on crazyessay.com.

Online and offline are professional terms used to describe objects that were connected and disconnected to the network. But these jargon elements left the technocentric space of engineering explanations very quickly. They were appropriated by culturologists, sociologists, and marketers, who began to study user practices.

The Difference Between Online and Offline Reality

The first experiments to study online communities (which were then called virtual ones) confirmed the hypotheses of scientists: there is a strict separation between online and offline realities. These assumptions were illustrated with the help of simple examples: different tools for communication generate different effects and consequences.

On the other hand, the essence of sociality does not change with the advent of the Internet. People still connect with each other, form communities, do it with goals that are no different from those pursued in real life. In this sense, talking about various online and offline practices is somewhat presumptuous.

In this debate, the interchangeability of intonations and their dependence on the development of the system of online interactions are of a great interest. People began to talk about online and offline as different spaces of mass interactions after the World Wide Web appeared as a mass-selling product, that is, in the mid-1990s.

Now the reality of the Internet and WWW fields have changed a lot. We are not talking about online and offline reality, but about the mixed reality, which includes virtual/augmented reality, the "Internet of things" and so on. Mixed reality, ideally not knowing the division into online/offline, is mediated by new technologies, but the essence of their application is very familiar: they are needed to create the experience that people need to achieve certain goals and prioritize the tasks that lie behind them.

Who Is the Modern User?

Thus, ideally, the modern user is the one who can configure a quality digital presence, combining the possibilities of online communication, the use of network tools and services with life in the environment of physical objects and spaces. The result of the merging of online and offline levels of the modern world is the emergence of such user approaches to the creation, consumption, distribution and remediation of content that generate the transformation of classical social institutions and systems. For example, the development of the sharing economy, the market of micro services, and the economic conviction are examples of many consequences of the joint existence of online and offline practices.

How Does Cultural Software Create a Person's Experience?

One of the most important elements of this mixed reality is cultural software. It is a software that allows people to produce fundamentally important cultural artifacts, to update their exchange markets through their presence. There are about 6 types of cultural software. The same software can be used simultaneously in different types of activities that have a sociocultural dimension. The simplest example here is social networks, but we can illustrate these reflections with more interesting case studies.

So, there are communities with fuzzy boundaries in which the creation of existentially important content occurs. For example, when you put your tags on Google Maps, add places to existing maps, then redraw the physical space in a new way and share your experience that other people can use. In the end, not always the development teams can provide their presence in any location, and here the users-travelers take responsibility for informing others.

People become cartographers of the habitats of others, and their experience turns out to be potentially useful for any member of the user community. It turns out that the cultural software allows people to design data on the space essential for our comfort in any – online and offline – habitat and its public dimension.

We can give another example to demonstrate the importance of learning online interactions without detaching from offline reality. Several years ago, the discussion of the problem of increased toxicity of communication turned out to be centered around the gaming community. If you want to do a research on such a topic, you can order it here. There were scientific studies that raised the question of whether games encouraged the development and consolidation as a norm of discursive violence or discrimination – often in the form of open sexism. There was even a feeling that the game or recreational reality was built not on the grounds of tolerance and political correctness, which seemed to be considered normative in the cultures where such digital objects were created.

This gave rise to the following controversies: is the game a compensation situation or a relaxation space where people either get something that is not available offline or follow their pleasures? Psychologists (and sometimes specialists in the field of pediatrics) can interpret these examples of toxic communication as acts of channeling negative feelings, such as realizing the desires of people of different ages with sadistic inclinations, prone to the manifestation of personality traits of the so-called ‘dark tetrad’.

However, such a response is not enough. Since games have become part of a huge number of industries, and gaming has firmly established in the functional of different industries of the meanings production (journalism, education), it is worth understanding how to make using this content more environmentally friendly without stigmatizing specific users.

In addition, with the increasing inclusion of technologies of augmented and virtual reality, games are becoming an important element of urban space, the key to understanding the world around us. If we do not understand why in the online games, along with the practices of friendly relations within the clans, hatred and trolling is thriving, we can only accept the presence of toxic forms of communication and formats in the web where the demonstration of this behavior looks more or less acceptable.

Not that it is new – some social networks, for example, often look like a field of thriving rudeness. Nevertheless, in general, in a number of cases, the struggle for tolerant attitudes toward the other on the Web is successful.

So, we see: discussing the modern digital mixed reality, it is wrong to divide online and offline as completely different human environments. When we do this, we reproduce the idea of ââdividing and branding people according to the principle of access to the Internet and the quality of using it. In this case, a caricature images of Internet addicts who prefer only online space and construct there some special forms of communication, "luddites", actively struggling with the digital revolution, and some "right" people who combine digital world and what is outside it, becomes more distinct.