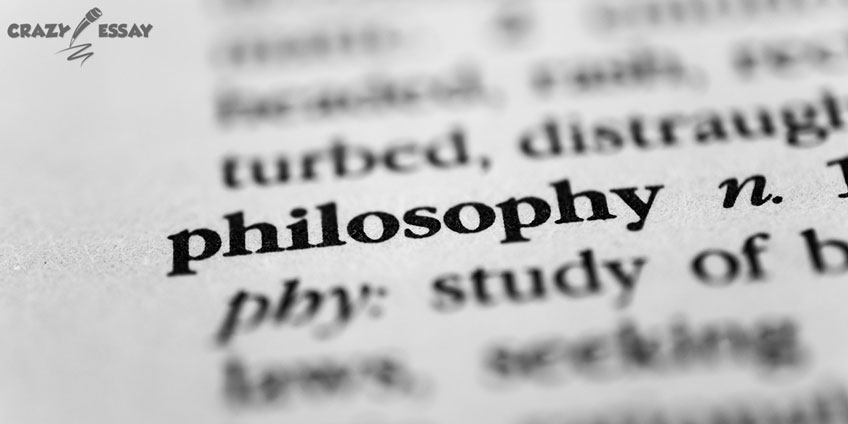 Business philosophy is an important part of firm's work. Everything starts with it. The consumers’ perception of an organization and its products to a large extent depends on how well a firm has formulated its philosophy and demonstrated certain aspects of it to its customers. And you can always find suitable papers on similar and other topics on crazyessay.com.

Management needs to develop corporate philosophy based on two elements – principles and purposes of creating a company. It is worthwhile to understand how company's philosophy differs from them. Generalizations like "We care about you" or "A buyer matters most" rarely inspire company’s employees.

They want and they need to know what distinguishes their firm from the rest. For example, the phrase "Progress is our tradition" can become a good advertising slogan, but not a corporate philosophy. Compare it with Walt Disney's motto "We make people happy". It clearly explains to the employees of the company what their work adds to the corporate image. They should also make people happy.

Unfortunately, it is probably not an exception but a rule that even top CEOs do not have any idea of what their company's philosophy is. But they must realize what values their firm is guided by and what they want to achieve so that the company's philosophy could be developed in a correct way.

For example, while working with a figure skating organization, a group of image development consultants discovered that the company had problems organizing classes for children who learn to skate. Trainers tried to ensure that every child, who studied there, skated in a correct and safe manner.

In the end, with the help of corporate philosophy, the motto was created, on which the whole image of the firm was to be built – "We entertain you". Teachers were specially trained to ensure that they helped children to rest and play during the classes. The fallen income of the company began to grow again.

The motto "The only difference between us and the neighboring store is in the way we serve a buyer" lifted one chain store system to a new level of customer service.

A firm needs to know where exactly it is moving in its business and what it wants to achieve. If the management of an enterprise knows the ultimate goal, less important issues will be solved automatically.

Before moving to the production of new goods or services, a company needs to answer the question: Will they help me move towards my goal?

If it the answer is negative, then it risks failing. Having set clear goals, a firm will know that it is moving in the right direction, and will quickly fulfil the tasks set.

Among the goals of a company we can identify:

Standards of Behavior and Appearance

A written statement of the standards accepted in a company is the last point in the creation of the image. Standards define actions that meet philosophy, objectives, and principles of a firm. Standards are tools in the hands of employees, with which they maintain the image in the eyes of society.

While defining standards, it is necessary to consider all issues of behavior of employees and their appearance, which can affect the image. Common sense can make an exception to the rule.

A few years ago, after holding a meeting for realtors of a big real estate agency, its director invited some consultants to dine with other employees of the regional office. They went to the restaurant right after the meeting, so everyone was wearing business suits.

After the meeting, which was dedicated to motivating employees, its participants were in high feather and ordered champagne. However, light beverages were not enough, talks and jokes became louder, and soon all professionalism was forgotten. The discontent of the restaurant owners was growing and, finally, the dinner ended with tarnishing the image of the successful real estate company. One evening was enough for that.

When developing standards, it is necessary to take into account aspects that can somehow affect the image of a company. If employees wear company uniforms, emblems or badges with its name or motto because that’s their duty, their behavior must comply with established standards. A true professional is distinguished by the way he or she behaves outside the company's walls, knowing that no one “sees” him or her.

Employees of all levels of the corporate structure want to know what is expected of them. And how can they find out about it? Only from the set standards. If the management of an enterprise clearly realizes what they want from the employees, they will be able to prevent many misunderstandings and problems.

But do not confuse standards with functional instructions. In the corporate standards, even the smallest details should be mentioned. This will help get an overall picture of the mandatory and desirable standards for any aspect of business: from cigarette butts in the smoking room to the behavior of senior management.

After you lay the foundation for the image plan, get ready for the construction of the external image. 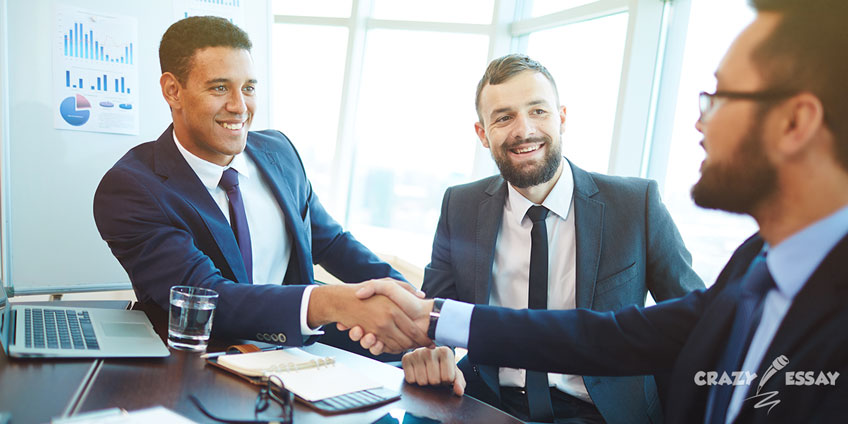 The quality of a product is the most important element of building a good business reputation. Advertising can attract customers to you, but the degree of their satisfaction with goods or services depends on their quality. Nothing, even a wholesome image creation program, can save a product of poor quality.

A tangible image is created from a buyer’s perception of business with their five senses. Their impression is built on what they see, hear, feel, smell, and taste. That includes everything from a company’s name and motto to the interior of the office and its letterhead.

For large corporations, an advertising campaign is a means of presenting their goods and services to general public. Successful advertising allows to create a powerful image.

How well does advertising convey the uniqueness of a company? How clearly does it tell customers about its differences from competitors? Is there an emotional connection between advertising and its viewer? How correctly is market defined to create an appropriate advertising image? In addition to the budget, there are a lot of things that determine the effectiveness of advertising.

Most of us would like to deal with people who are respected in their business by the society. Public activity is an integral part of the creation an external image. Charity brings benefits not only to the company’s neighborhood, strengthen its emotional connection with society, but to the company itself.

Mutual relations of a company – no matter whether it is large or small – with the media are becoming a more and more essential element of any image establishing campaign. Free advertising provided by journalists can be harmful or beneficial, depending on whether the company manages to establish the contact with the media, or whether it published a press release or other materials that can be helpful to a journalist or editor.

And, finally, for many companies’ CEOs, relations with investors have become a crucial part of the program of forming a corporate image. The inclusion of investors in the image creation program can be greatly facilitated when it is possible to provide support of its other facets.

Unfortunately, many managers do not consider it necessary to devote time to create a favorable image of a firm in the eyes of the public. And then they offer investors a hastily drawn up package of promotional activities. But no package will be able to attract investors to a company that has a bad reputation among consumers.

Turning to the last element of creating an external image, one must rely on common sense. The individuality and appearance of an employee are more important than it is commonly believed in many companies. They build the first impression of a buyer about a firm.

Therefore, the issues related to the appearance of employees should become the focus of managers’ attention. However, despite the advantage of such position, the victory in the game of image creation is impossible without a team’s decent appearance and behavior.