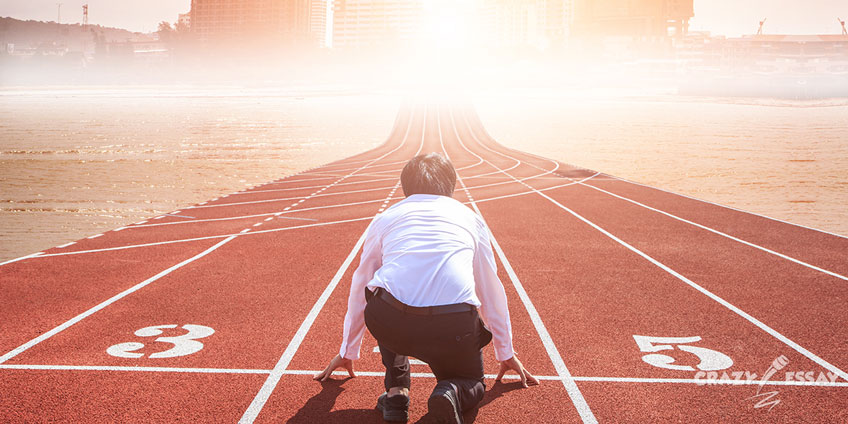 In one of the articles of Crazyessay.com blog, we talked about the importance of an external image. Studies show that 83% of decisions we take are based on visual information. We carefully examine a person, an office, or a thing, and decide whether we want to deal with such a partner or not.

So, it turns out that appearance of a business person has never been as important as it is now. Businessmen have never cared about an external image as nowadays. One way or another, rapidly developing society requires this.

The most important reason for problems with appearance of employees is the lack of understanding. In other words, people do not understand how their appearance affects the image of the whole company. Otherwise, none of them would appear at work dressed in what must be considered a norm. Often the negative impact of education and home environment of young employees plays the crucial role in that.

After all, as far as we know, schools do not offer classes in etiquette. Therefore, a manager is forced to independently determine the standards of appearance of employees. In this regard, the management should be an example of compliance with such standards, but one example is certainly not enough.

What is the solution to this problem? A detailed description of the company's requirements for the appearance of its employees is needed. Many employees will agree with these requirements if the reasons for introducing them are clear. It is necessary to immediately familiarize newly recruited employees with them. Otherwise, reprimanding one of them for the appearance when the team has already formed certain relationships will be inappropriate on the part of a personnel manager. It is widely known that if employees are given an opportunity to choose their own business clothes, the standards of appearance may be violated even by the most professional employees.

In addition, a typical mistake is that managers of many large companies consider professionalism in appearance to be obvious, so they devote so little time and attention to this issue. This opinion is erroneous, and such managers can be advised to find time to explain the company's attitude to their employees' clothes and to give necessary explanations. In addition, we would like to note that professional clothing generates professional behavior. In other words, clothing and behavior are interrelated.

The only production factor that affects the reputation of business is the quality of products. Some argue that the main condition of quality is the ability to listen to a buyer. And here is a strong argument: when in 1984 General Motors reduced the length of the Cadillac's length by 60 cm, people did not like it, and sales declined.

Instead of increasing the cost of advertising to attract the attention of customers, the company asked them for advice in order to find out what changes they would like to see in new models that were going to be released in the following 3 years. 1,5k Cadillac owners were interviewed. Customers looked at the prototypes of new models, evaluated them, and made comments. The engineers of General Motors had to take their opinions into account.

As a result, when Cadillac’s "drawing card" appeared on automobile exhibitions – the long glittering car models – sales increased by 36%.

For most of us the importance of product’s quality is obvious. If it is poor, neither excellent public relations nor irreproachable customer service will save. Advertising can attract a buyer, but if he or she is dissatisfied with a product or with the quality of a service, how long will the company’s image keep its high position? Is it possible to seriously promise that the company will return money for a product to anyone who will be dissatisfied with its quality? No serious cost of an image will help if products do not meet expectations of a buyer.

Yes, the company need to monitor the quality of products and work hard. Nevertheless, if it disregards its external image, all other endeavors are doomed to failure. For instance, with the first purchase of an unfamiliar product, most housewives assess it by the way it looks and packaged. So, if the company's management does not force a buyer to buy its goods for the first time, then the second purchase may not happen. To achieve long-term success, both quality of a product and the company’s external image are necessary.

Writing an essay is hard if there are difficulties with topic choice so the ones we offer you can further be expanded. Like, “Quality notion in the eyes of [brand name],” “Sensory perception of [brand name] image,” and so on.

Sensory Perception of an Image

Everything, from the slogan of a company to its location, is covered by a tangible image, which we perceive with all five senses. The name of a company and its slogan are the most noticeable elements in the structure of the image. So, it is worth spending time and money to create the most effective variant of these two elements. This is especially important for newly established firms.

The name and the slogan of a company tell people quite a lot about it. So, they should clearly reflect the profile of the company’s activities. The name of the firm has an obvious effect on people. The shorter this name is, the stronger its effect is. It should also be simple to remember. In business all over the world a name of a corporation is considered so important that every year, after consulting with professionals, many companies decide to change it. The good advice is to come up with a name that reflects a company’s specialization.

An external image should be clear and attractive to customers. A firm also must periodically rebuild its image and constantly strengthen it. It is not necessary to change everything every time. The name of the company should be present on its logo, letterhead, business cards, product packaging – on everything that represents it to people. To enhance the impact of an image, it is necessary to unify all its components.

We will continue to consider this topic in the following articles.